Xiaobing H. Feng is currently a full professor of mathematics at the University of Tennessee at Knoxville (UTK) and he has been on UTK faculty since 1993. He received his B.S. and M.S. degrees from Xian Jiaotong University in China respectively in 1983 and 1985, and his Ph.D. degree in Computational and Applied Mathematics from Purdue University under the direction of late Professor Jim Douglas, Jr. in 1992. He spent one year as a visiting assistant professor at Wayne State University before joining UTK. His main research interests are numerical analysis and scientific computing with a focus on numerical methods for (nonlinear) deterministic and stochastic partial differential equations which arise from differential geometry, deep learning (in data science), biology, image processing, materials science, physics, fluid mechanics, wave propagation, and general relativity. His research has been continuously funded by the NSF in the past almost twenty years. During the last twenty-plus years, he has been a short and/or long-term visitor at many institutions around the world including the IMA at the University of Minnesota, the IPAM at UCLA, the MSRI at UC Berkeley, Oberwolfach Mathematical Institute (Germany), the Newton Institute of Mathematical Sciences at Cambridge University (UK), Institute of Computational Mathematics and Institute of Atmospheric Physics of the Chinese Academy of Sciences (Beijing), ETH Zurich (Switzerland), and University of Tuebingen (Germany), Xian Jiaotong University and Henan University (China). 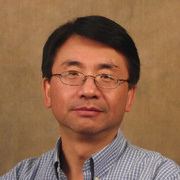