Professor Frazier received his doctorate in analysis at UCLA in 1983, under the supervision of John Garnett. He held a postdoctoral position at Washington University at St. Louis from 1983-85 and again from 1988-1990, where he and Bjorn Jawerth developed a predecessor of wavelets, which they applied in the study of function spaces.

Dr. Frazier held a faculty position at Michigan State University from 1990-2006. In 2006 he came to the University of Tennessee as Mathematics Department Head. He held that position until 2012.

Most of Dr. Frazier's research has been in the area of harmonic analysis, but in recent years he has considered applications in partial differential equations. In particular he has collaborated with Igor Verbitsky of the University of Missouri and Fedor Nazarov at Kent State University on Green's function estimates for, and the solvability of, time-independent Schrodinger equations. 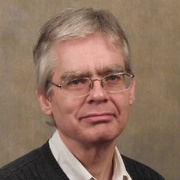