Professor Manderscheid earned his BS degree from Michigan State University and his PhD degree from Yale University. He is an internationally recognized mathematician who studies representation theory and its applications to number theory. He has held appointments at the Institute for Advanced Study at Princeton, the Mathematical Sciences Research Institute in Berkeley, and the University of Paris. He has published widely and received financial support for his work from the National Science Foundation, the National Security Agency, and the US Department of Education. He has won numerous awards for both his teaching and his service. He is a member of the inaugural class of fellows of the American Mathematical Society and is an elected Fellow of the American Association for the Advancement of Science. 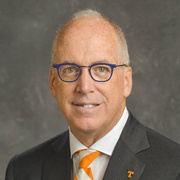