Clayton Webster is a Distinguished Professor in the Department of Mathematics at The University of Tennessee and a Distinguished Scientist and Group Leader in the Computational and Applied Mathematics Group at Oak Ridge National Laboratory. He is also jointly appointed in the Bredesen Interdisciplinary Center at the University of Tennessee. Previously, Dr. Webster was the Director of Quantitative Trading at NextEra Energy Resources, Power Trading LLC.  Before that, he was awarded the John von Neumann Fellowship by the Department of Energy at Sandia National Laboratories.  He received his Ph.D. under the supervision of Prof. Max Gunzburger, in Mathematics from Florida State University in 2007. He also earned a M.Sc. and B.Sc. from McMaster University in 2003 and 2001 respectively.

Clayton and his collaborators have published several of the most cited numerical analysis papers in the fields of high-dimensional polynomial approximation and uncertainty quantification. His worked has earned him numerous accolades, and most recently he was awarded the DOE Career Award, and was appointed as a Frontiers of Science Fellow, by the National Academy of Sciences. Dr. Webster’s research is supported by a variety of organizations, including the: US Department of Energy, US Department of Defense, National Science Foundational, and several US corporations. Clayton currently serves on several national and international conference organizing committees. He is currently the President of the SIAM Southeastern Atlantic Section and serves as an editor for the: SIAM Journal on Numerical, SIAM Journal for Uncertainty Quantification, Numerische Mathematik, Results in Applied Mathematics, International Journal for Uncertainty Quantification, and the International Journal for Computer Mathematics. 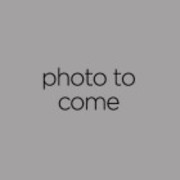