Freire learned smooth ergodic theory from Ricardo Mañé (IMPA,Rio de Janeiro, 1978 to 1982) and differential geometry from Shing-Tung Yau (Princeton and UCSD, 1982 to 1987). His PhD (Princeton 1988) was awarded for a thesis on positive harmonic functions on complete, noncompact simply connected manifolds of nonpositive curvature.

At U.T.K, Freire served on the Faculty Senate from 2014 to 2017. He is currently chair of the Graduate Admissions and Assistantships Committee, and of the Graduate Committee. He has directed two M.S dissertations and two PhD theses. 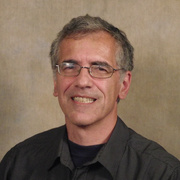