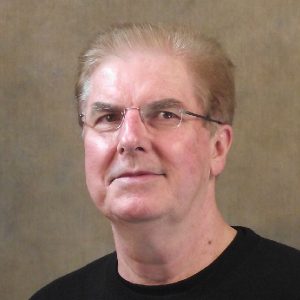 The Kosciuszko Foundation selected Jan Rosinski, professor in the Department of Mathematics, as an Eminent Scientist of Polish Origin and Ancestry in 2018. Fewer than 400 scientists, 21 of whom are mathematicians, have received this prestigious honor.

“Naturally, I was very proud and honored to be included in this list,” Rosinski says. “Together with a letter and diploma, I received an invitation to the annual dinner and ball in New York City, celebrating Poland’s 100th Anniversary of Independence. My wife Wanda and I attended and met many accomplished and interesting people of Polish descent living in various parts of the United States and associated with the Foundation.”

Founded in 1925, on the eve of the 150th anniversary of Thaddeus Kosciuszko’s enlistment in the American revolutionary cause, the Kosciuszko Foundation is a national not-for-profit, nonpartisan, and nonsectarian organization. The Foundation promotes closer ties between Poland and the United States through educational, scientific, and cultural exchanges. It awards up to \$1 million annually in fellowships and grants to graduate students, scholars, scientists, professionals, and artists, and promotes Polish culture in America.

“This award provides additional evidence of the quality of the internationally recognized mathematics research program of the UT Department of Mathematics,” says Conrad Plaut, professor and head of the mathematics department. “Dr. Rosinski has had a prominent career as a researcher, but he is also an excellent teacher at all levels and has served the department, university, and mathematics community in many other ways. This is the ideal that we hope to achieve with our faculty.”

Rosinski joined the UT Department of Mathematics faculty in 1985. He received his MS and PhD in mathematics from the University of Wroclaw in Poland. He is the recipient of more than a dozen honors, awards, and grants. Currently, he serves as the associate editor of ALEA – Latin American Journal of Probability and Mathematical Statistics and the managing editor of Probability and Mathematical Statistics.