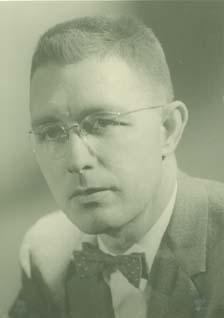 The John Barrett Memorial Lectures began in 1970 as a tribute to Dr. John H. Barrett. Originally dedicated to topics in Barrett’s field, ordinary differential equations, the lectures have been held annually since 1970 (except in 1990 and 2004). Since the 1980’s, however, the lecture themes have traversed the mathematical landscape: from mathematics education through computational and applied mathematics, discrete mathematics and stochastics to general relativity, nonlinear partial differential equations and topological quantum field theory.

John H. Barrett was born in Randall, Kansas on December 20, 1922.  He received his M.S. and PhD from the University of Texas in 1946 and 1951, respectively. His PhD thesis was on differential equations of non-integer order directed by Hyman Joseph Ettlinger. He held faculty positions at the University of Delaware (1951-1956), Yale University (1955-1956), and the University of Utah (1956-1961) before coming to the University of Tennessee (1961-1969). In January 1969, John Barrett died from complications following a kidney transplant, in the prime of his mathematical and administrative career.

John Barrett came to the University of Tennessee in the fall of 1961 as a Professor of Mathematics. Upon his arrival, he immediately initiated a seminar in ordinary differential equations which attracted a number of graduate students.  Through this seminar, his classes, and his personal contact, he was a major force in the Graduate Program in the Department of Mathematics in the early 1960s.

Professor Barrett became Head of the Mathematics Department in 1964.  Through his efforts and influence, several active research groups were established at the University of Tennessee and by 1967, the number of faculty in the department had more than doubled. The Barrett Lecture series is a fitting reminder of his many contributions to the University and research community.

Lida Baker Kittrell was born on May 21, 1927 in Houston, Texas. Lida received her bachelor’s degree from Rice University in 1946 and immediately took a job as a mathematician at the Schlumberger Well Surveying Corporation and then taught at the Texas College for Women during the 1947-48 academic year. After receiving her Ph. D. Lida taught one year at the University of Connecticut while John was a post doc at Yale. Then the Barretts moved to Salt Lake City where both held faculty positions at the University of Utah. They moved from Utah to Tennessee where John became Head of the Mathematics Department at the University of Tennessee. Because of nepotism rules, Lida could teach only part time and began consulting with mathematics book publishers and in the ceramics group at the Oak Ridge National Laboratory.
After John’s death related to a kidney transplant, Lida became a full-time professor at Tennessee and became department head in 1973. She moved on to become the Associate Provost at the University of Northern Illinois, after which she became Dean of the College of Arts and Sciences at Mississippi State University. After retiring from Mississippi State she served as Senior Advisor to the Assistant Director for Education and Human Resources at the National Science Foundation. She ended her academic career after a three year appointment as Professor of Mathematics at the U.S. Military Academy at West Point. Lida received the Yueh-Gin Gung and Dr. Charles Y. Hu Award for Service to Mathematics from the Mathematical Association of America in 2008.